This LibGuide is published to promote access to the F. D. Bluford Library and Special Collections at North Carolina A&T State University, and research of A&T history remotely. 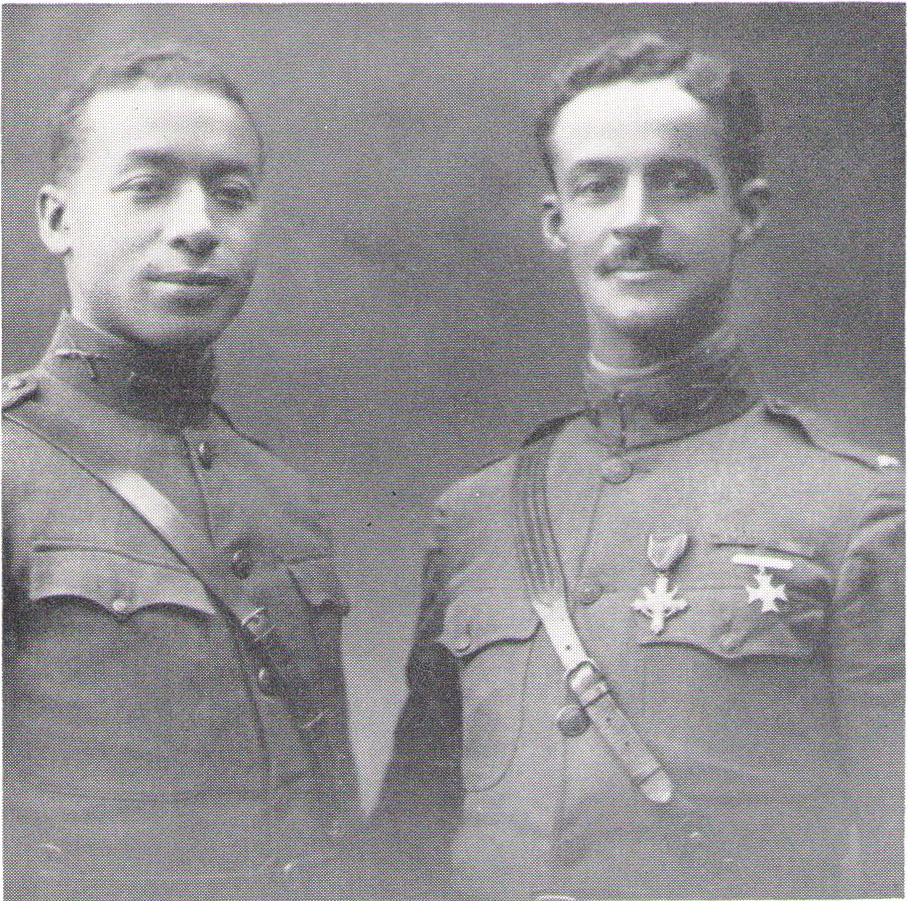 Love and Campbell were both instructors at A&T when called to active duty in France during World War I. 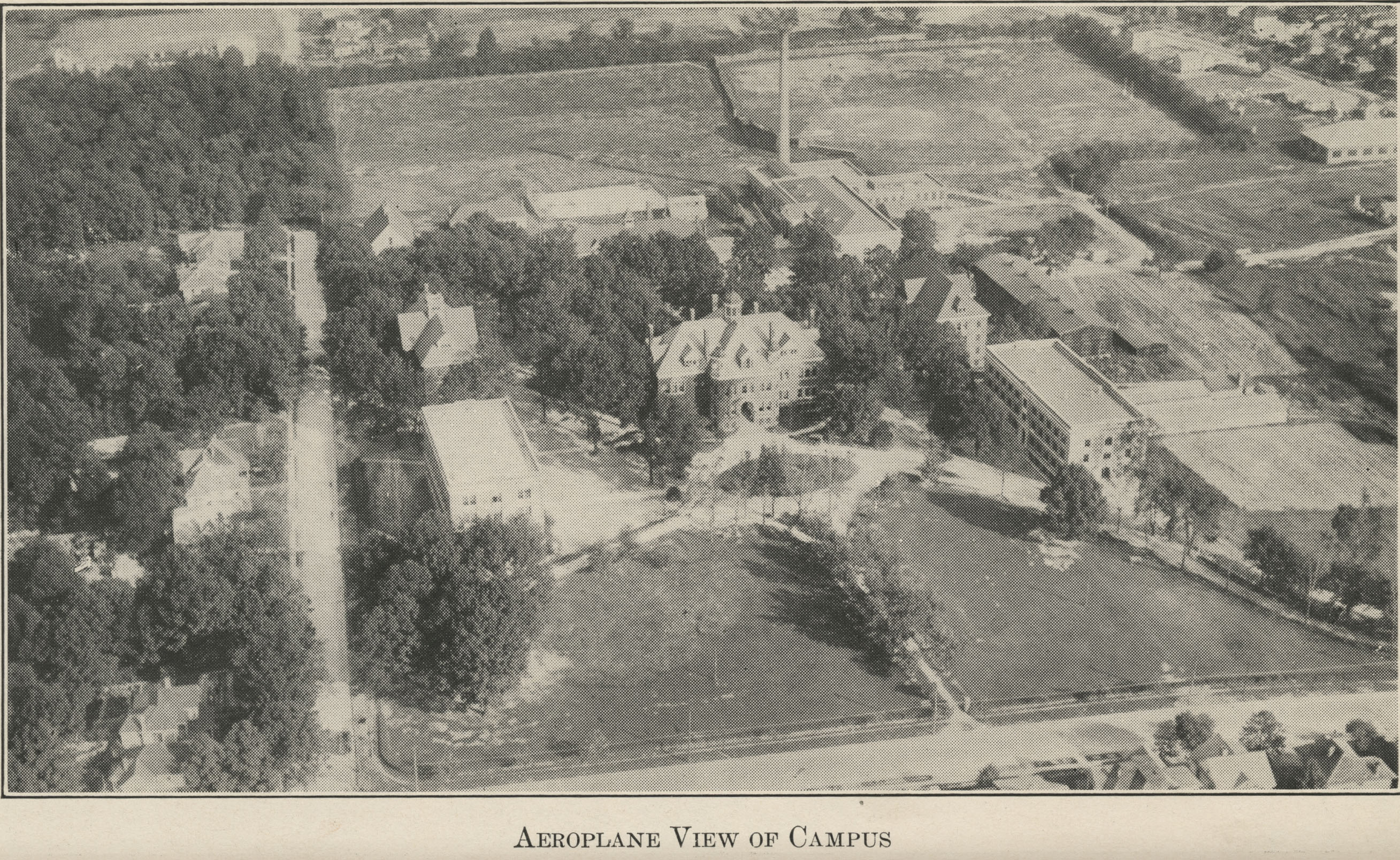 "In September, 1899, I left home to enter school with $1.43. The distance by rail was a hundred miles. I borrowed $5.00 from my brother, who carried me to the station where I took the train for Greensboro. We reached the city about 12:30 P. M. and I was soon on the campus of the A. & T. College. Prof. C. H. Moore was then bursar, and after paying him $3.00 for board, I had fifty cents left for my month's laundry and no books."

Tips for Researching This Time Period

NAME CHANGES TO REMEMBER: In our earliest years, sometimes press articles would alter or incorrectly state the names of the college. The correct name is in bold, and alternative phrasings are listed to help with research.

1862
The first Morrill Act was passed by the U.S. Congress granting to each state and territory a certain amount of land, the proceeds of which were to be used to establish at least one college. The main purpose of the college was to promote the liberal and practical education of the industrial classes.

1890
The second Morrill Act, which provided funds to support the instructional program in the Land-Grant Colleges, was passed by Congress on August 30th. The Board of Trustees of the A. and M. College in Raleigh was empowered to make temporary arrangements for Negro students so that the College could qualify for funds under the second Morrill Act. Instruction for Negro students was begun at Shaw University in Raleigh in Agriculture, English, Horticulture and Mathematics involving four teachers and 37 students.

1891
The North Carolina General Assembly on March 9th ratified the Act establishing the "A. and M. College for the Colored Race". Its purpose was "to teach practical agriculture and mechanic arts and such branches of learning as relate there to, not excluding academic and classical instruction".

The first meeting of the Board of Trustees of the A. and M. College for the Colored Race was held on June 23rd.

1892
The Board of Trustees voted on March 3rd to locate the college in Greensboro. Durham, Mebane, Raleigh, Wilmington and Winston also made applications. The citizens of Greensboro had contributed 14 acres of land and $11,000.
John Oliver Crosby was elected the first President of the College by the Board of Trustees on May 25th.
1893
The main building which was called "the college building" was completed. "It was a multi-purpose building that was used for dormitories for men and women, food service, classrooms and offices. It was destroyed by fire in 1930."  - Gibbs, Warmoth T. History of The North Carolina Agricultural and Technical College. Dubuque, Iowa: Wm. C. Brown Book Company, 1966.

1894
The first college catalog was published which showed photographs of the main building, a dormitory, the names of the five teachers, the steward and the nine departments.
The student newspaper, "The Register," was first published.
Margaret Falkener is credited with organizing the Music Department.
1895
Governor Ellis Carr became the first Governor of the state to visit the campus.
The Mechanical Building or the first Crosby Hall, was completed in the summer. The North Dormitory was completed which housed one hundred students in thirty-eight rooms. Both buildings were torn down in the 1960s.
1896
Dr. James B. Dudley, principal of the Peabody School in Wilmington, North Carolina was selected as the second President. He served until 1925.

First Lady Susie B. Dudley wrote a play for commencement called "When Shall I Go To My Father". This play and performance is seen as the beginning of drama at A&T.

A photographer is sent to the A&M College to take photos on behalf of W. E. B. DuBois, who would use them in the 1900 Paris World Exhibition.
The first bachelor degrees are conferred by the college. The class motto was "No Steps Backward". The first degree recipients were:

1901
Ms. Frances T. Grimes of Asheville, NC is the first woman to earn a bachelors degree from the college.
1902
Enrollment was restricted to males only. Florence Garrett and Hannah A. Bullock, class of 1902, are the last female bachelors recipients for another 27 years. Women could only attend the summer school sessions for teachers during that time.
1904
The College developed an 100-acre farm equipped with the latest in farm machinery and labor-saving devices.

South Dormitory (later renamed Old Vanstory Hall) was completed. It was designed by Professor Adam Watson, one of the first 7 graduates of the college.

1915
The name of the College was changed to "Negro Agricultural and Technical College of North Carolina" by an Act of the General Assembly.

90 percent of students and 1 in 5 faculty/staff serve in World War I. The most famous student veteran was Simon A. Haley '1918, father of author Alex Haley.

1919
Lieutenant Robert L. Campbell was presented a Distinguished Service Cross on the campus of A&T for his service in France.
The Junior Unit of Army R.O.T.C. was inaugurated. This two-year program continued until the Senior Division R.O.T.C. was begun in 1942.

Noble Hall, the oldest standing building on campus is completed. It was originally called the Agricultural Building.

Morrison Hall and Murphy Hall are erected on the A&T Campus.