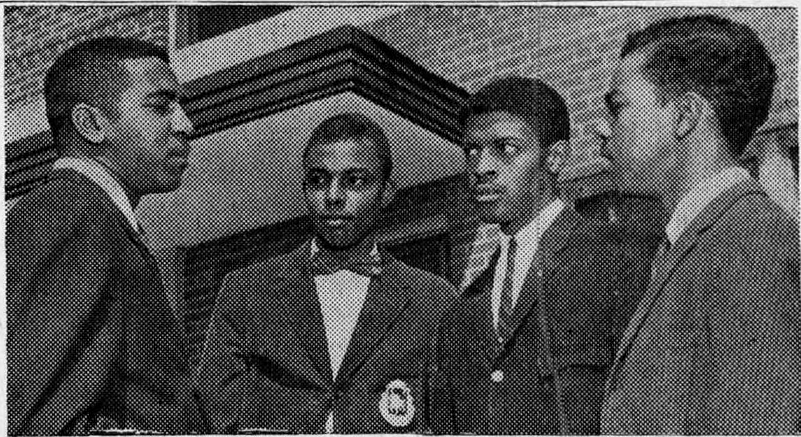 "The A&T Four: A Closer Look" is our digital collection that contains photographs, newspaper clippings, publication excerpts, and other documents from the University Archives that tell a story of the A&T Four as students, their legacy, and the many ways they are honored throughout the community.

The University Archives procures, organizes, collects, describes, maintains and preserves records of historical and administrative value to the university and that have significantly impacted upon the African American experience in the Piedmont Triad region.

Closed when the library is closed, see here for more information

The University Archives currently holds over 25 collections of archival materials on the A&T Four, The Sit-In Movement, the February One Monument located on the North Carolina A&T campus, The Woolworth's lunch counter, and the modern International Civil Rights Museum.

Verticle Files are collections of clippings, photographs and other documents that are part of a larger subject file collection. We have several on faculty (F/S) and alumni (A), and general topics or non-affliated persons (G).

Brandon, Lewis III. (A) One of the "Fifth Freshman" who were at Woolworth's on Feburary 5th, 1960. A longtime community activist in Greensboro, NC, Brandon was also the first recipient of the A&T Human Rights Medal in 2001. SEE ALSO: A&T Experience Through Voices for an oral history with Lewis Brandon

Dubose, Charles (A) Student body president during the Sit-In movement, his folder contains a certificate of appreciation to President Warmoth T. Gibbs.

Henderson, Clarance (A) - One of the "Fifth Freshman". He is seen with Billy Smith in a famous photo taken on February 2nd, 1960.

Johns, Ralph (G) - Often called the "Father of the Sit-In Movement", Johns was a local merchant who mentored and supported the student sit-in movement.

Rozier, Albert L. Jr. (A) - Rozier was editor of the "A&T Register" student newspaper during the movement.