I Am Malala: The Story of the Girl Who Stood Up for Education and was Shot by the Taliban

About the Text-in-Community Keynote Speaker

Shiza Shahid is the co-founder and CEO of the Malala Fund (http://www.malala.org/), a non-profit organization that works to provide educational opportunities for girls and women in Asia, Africa and Latin America.

Born in Islamabad, Pakistan, Ms. Shahid has been an activist since her teenage years.  She worked with children born to women in prison in her native Islamabad and helped with earthquake relief in Pakistan in 2005.

Ms. Shahid was admitted to Stanford University which she attended on a scholarship. After graduating, she went to work as an analyst for McKinsey and Company, in Dubai, Saudi Arabia. She first learned about Malala in 2009, through a New York Times documentary on Malala’s secret BBC blogs and interviews. She contacted the family to find out how she could help.

When girls’ schools in Swat Valley were closed down by the Taliban, Ms. Shahid ran a camp for Malala and other girls in Islamabad while on summer break from Stanford. The bond between Ms. Shahid, Malala and her family grew even stronger when Ms. Shahid learned in 2012 that Malala had been shot. She quit her job, flew to Britain and assisted the family with publicity while Malala recovered.  One of Malala’s hopes was that other girls could be helped. Out of this dream grew the Malala Fund.

For her activism and work on girls' education, Ms. Shahid has been named one of Time magazine’s “30 Under 30 World Changers” and put on Forbes’  “30 Under 30” list of social entrepreneurs. Ms. Shahid embodies A&T’s commitment to social responsibility.

Join us for a conversation with Shiza Shahid, Co-Founder and CEO of Malala Fund. Matthew Brimer, Co-founder of General Assembly, will lead the conversation, as Shiza discusses her work with Malala Yousafzai, a Pakistani activist who was shot by the Taliban for her campaign for girls' education.

Meet the co-founder and CEO of the Malala Fund, which was started a year after the Taliban tried to assassinate the 15-year-old girls' rights advocate.

More About the Speaker 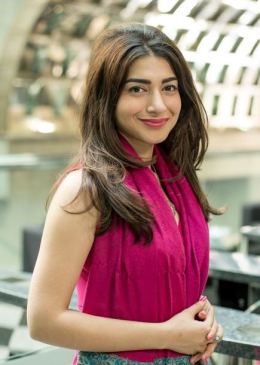