Dr. Teresa Jo Styles is a retired professor and former chair of the Department of Journalism and Mass Communication at North Carolina Agricultural and Technical State University.  Under her leadership, Crosby Hall was renovated and the JOMC department became only the second department in the state to earn accreditation.

Styles had an extensive career as an award-winning journalist with CBS News in New York.  These awards included the Columbia DuPont Journalism Award, only the most prestigious award available in broadcast journalism, and a Peabody Award for a CBS documentary.

Since coming to A&T in 1993, she has taught, presented, and published nationally and internationally in the areas of broadcast journalism, media history, and media management.  She also worked with Bluford Library's Archives to interview significant individuals connected with A&T's rich history.

A native of Atlanta, she received a BA in English from Spelman College, an MA in Film from Northwestern University, and a PhD in Mass Communications from the University of North Carolina at Chapel Hill.

"I've always wanted to leave them [students] with the understanding that life is a journey."

Professor Valerie Nieman teaches creative writing at North Carolina Agricultural and Technical State University. An award-winning newspaper reporter and editor, she came to A&T in 2000 to teach journalism and work with the student newspaper before moving to English.

Nieman is the author of three novels, the most recent being Blood Clay - which was the 2012 winner of the Eric Hoffer Award in General Fiction and a finalist for the John Gardner Fiction Book Prize.  The other two novels are Survivors, published in 2000, and Neena Gathering, which debuted in 1988.

Nieman also has published two poetry collections, with Hotel Worthy appearing in 2015 and Wake Wake Wake in 2006, and two earlier chapbooks: How We Live in 1997 and Slipping Out of Old Eve in 1988.  Her poetry has also appeared in journals such as Poetry, New Letters, Redivider, West Branch, Blackbird, and The Missouri Review.  She received the Greg Grummer Poetry Prize and two Elizabeth Simpson Short Story Prizes, the latter for Fidelities, a collection of short stories.

In addition to numerous newspaper awards, she has held writing fellowships from the National Endowment for the Arts and the North Carolina Arts Council.  Beginning this December, she has been awarded a Writer-in-Residence stay at Weymouth Center.

A native of western New York, she holds a BS in Journalism from West Virginia University and an MFA from Queens University of Charlotte. 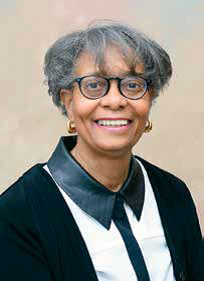 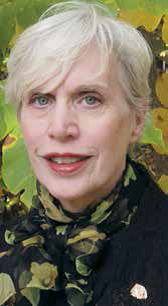